This past Monday I awoke to find a few strange men sleeping on my Coops living room couch. Turns out they were a group of musicians from California. Their tour manager is long time friends with one of my roommates and they needed a place to crash for a few nights while playing some shows nearby. 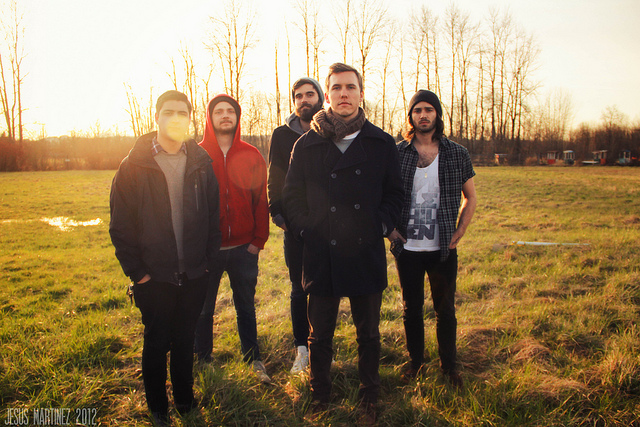 This talented group of young men go by From Indian Lakes, hailing from Yosemite Valley, California. Their style could be described as alternative rock full of refreshingly distinctive lyrics and creative change ups.

Besides being incredibly talented and good looking these guys are well-rounded, friendly, and compassionate individuals and I think that is reflected in the music they produce. Take a listen and decide for yourself:

A big thank you to lead singer Joey Vannucchi who took a minute to answer some questions I had for the group:

Q: How did a group of friendly, good looking, talented young gentlemen such as yourselves get together?


A: thank you! I started tracking some demos in the mountains and i needed musicians for shows eventually when it turned into a band situation. I grew up with Justin and Rick and we all played in different bands together so it worked out well. Chris was in a band we did a tour with and when we needed someone he was an obvious choice. Kyle is from Nashville and he came on for this tour.

Q: I love the simplicity of your band name — how did you go about choosing it?


A: originally I had titled the project songs from Indian lakes, but that's much too long for a band name. It's where I was recording songs at the beginning.

Q: How would you describe your genre/style of your music?


A: we are a rock band at heart I think. Sometimes a very quiet one, sometimes louder. Organic as possible.

Q: As I know, you guys are in full-on tour mode: What is your favorite thing about touring?

A: I love playing live. It's my favorite thing to do. Playing to different people every night and having a different experience with each crowd.

Least favorite thing?
A: It can be very unhealthy. When you are taking what you can get and trying not to spend money your food choices can really catch up with you.


Q: What do you want fans to get out of your music?


A: something real and organic. I believe in music as art and I hope ours can stir some emotion in people.

Q: What do you get out of your music?


A: I think it is a way to stay sane for me. I tend to be slightly introverted and awkward. I need some way to get it all out just like anyone else I think.

Kimbra Johnson is an incredibly talented singer/songwriter out of New Zealand. Her sound is loosely classified as jazzy multi-generational pop with a modern touch that is unlike any other artist I've heard; her lyrics are dangerously vulnerable making them unavoidably personable; her voice is strong, captivating, and highly versitile. What else can I say about this girl?

At the tender age of 12, the kiwi performed the national anthem before 27,000 people at the Auckland vs Waikato NPC rugby final. If that doesn't give you an idea of just how poised and talented this girl is maybe a listen to some of her tunes will.

Recently, Kimbra's vocals in Gotye's "Somebody That I Used to Know" have been highly noted and don't get me wrong, that song is brilliant but there's just something about her originals that caught my ear a while back and continue to hold it...

Kimbra's debut album Vows was released this past fall in both New Zealand and Australia and is set to release in the US on May 22nd. If you like what you hear go get it!

To this day "Two Way Street" remains my favorite Kimbra song, and the Sing Song session my favorite version of it — the video shows a bit of her spunk too:

"Settle Down" at Sing Song Studios: 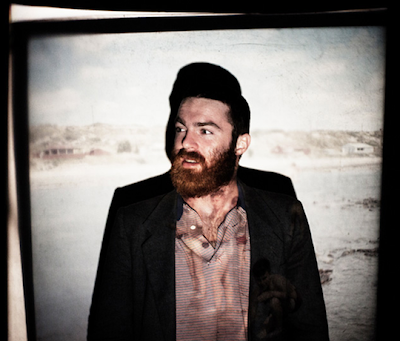 
Ambient echos of keyboards and layered vocals, there's just something about this song...

In honor of the beautiful weather that we've been having in Michigan, and my inability to pay attention in my class right now because of it — I give you a band with sounds like your hand floating on air out your car window on a sun-filled summer day. 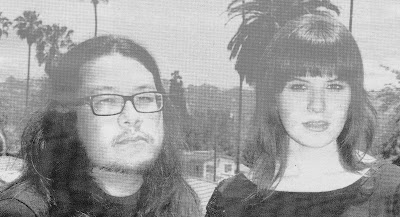 I know what you're thinking: that's what I need right NOW. I'm sure most of you have heard of them before, but Best Coast never really gets old. West coast Best Coast, is made up of two musicians based in LA: singer/songwriter and badass guitarist Bethany Cosentino and multi-instrumentalist Bobb Bruno.

The duo's second studio album entitled "The Only Place" is due out May 15th. Until then check out the first single and title track: 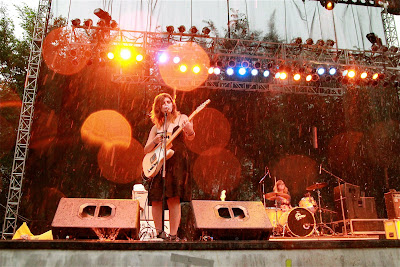 The most epic set of my young adult life involved Best Coast playing in a downpour at Lollapalooza last summer... since that time I've kept my sights set on the next time they roll on by what I consider the best coast. (the midwest best)