This London duo formed when Tape Club Records labelmates Kerry Leatham and Peter Lyons decided to collaborate on a six-track EP in 2011. 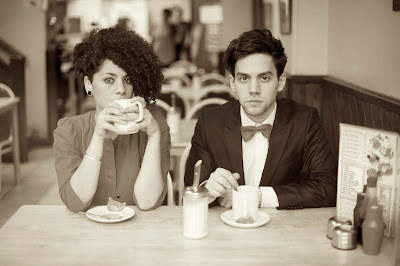 "Clothes, Friends, Photos EP" received quite a bit of buzz on blogs, radio stations and zines. This attention led the two to continue collaborating in an effort that would eventually produce the indie pop duo's first full length "La Trimouille" released on July 16th.


just when i thought they couldn't get better i found this cover of Amerie's "One Thing". taking me back...